With the help of their amazing staff, Bill and Pat Shriver have taken on the enormous task of returning the Cove Cay Golf Course and Bayview Restaurant into the gem it once was decades ago.  Many have taken note of the fruits of their labor with the upgrades to the course, as well as the Clubhouse, Golf Shop and Bayview Grill, but if you haven’t played at Cove Cay Golf Club in a while please make an effort to stop by soon.

Pat Shriver has been a PGA Class A Golf Professional since 1995 and has been named Teacher Of The Year by the PGA North Florida and the North Florida West Central Chapter on numerous occasions.  She’s also competed in golf her entire life including junior golf, high school and college golf, then Futures Tour Golf and currently the North Florida PGA Section tournament golf.  Yet with all of her accomplishments, Pat is most proud of the successes 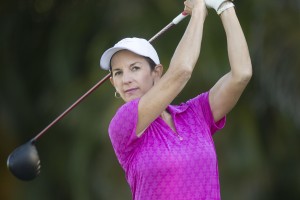 her students have had playing golf over the years.  She’s coached many junior golfers to college golf, and one all the way to the LPGA tour. Because she has a lifetime relationship with her students she’s now coaching second generations of families and says, “It’s the consistency that wins golf tournaments.  It’s been so rewarding to see families play golf together and enjoy the game, and just as rewarding to see my students grow up playing golf and winning tournaments.” Read Pat’s full Bio 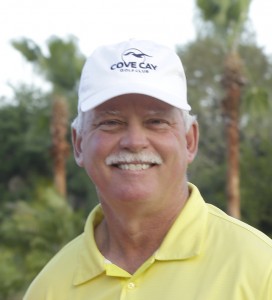 Bill Shriver has been a PGA member since 1994.  He started playing golf with his father when he was a child, then he went on to play golf for West Virginia University before graduating and becoming a golf professional.  He worked in West Virginia as an Assistant Golf Professional for 6 years, then as a Head Golf Professional for 8 years.  Bill wore many hats, during his time there, doing everything from cart maintenance to shoe shining to merchandising to tournaments, so it’s fair to say he’s a pro at all aspects of golf, the game as well as the business.  Bill left his home state to move to Florida to work for the Wally Armstrong Golf Academy.  From there he worked at the Diamondback Golf Club, and the Ken Venturi Golf Academy before becoming the Director of Instruction at the Shriver Golf Academy, which he owns and operates with his partner in life and business, Pat McClanan- Shriver. Read Bill’s Full Bio

Our Group Golf Clinics Have Resumed and are held each Saturday!

No equipment or RSVP needed.  Just show up.  $20 per person.

Click HERE to see which skill will be focused on each Saturday.

COVID-19 Update: We are continuing to ensure the safety of our golfers and restaurant guests and welcome you to visit Cove Cay Golf Club for golf or dining at the Bayview.

The Bayview Grill is open for indoor and patio dining.

We are now carrying the full line of Bridgestone golf balls in the golf shop.
Stop by to have Bill or Pat help you pick out the ball that will best suit your game.

We are an official retailer for PING clubs.  Come out and have Bill or Pat fit you for clubs that will improve your game.
Official PING Site

For the easiest and fastest way to book tee times, click here.